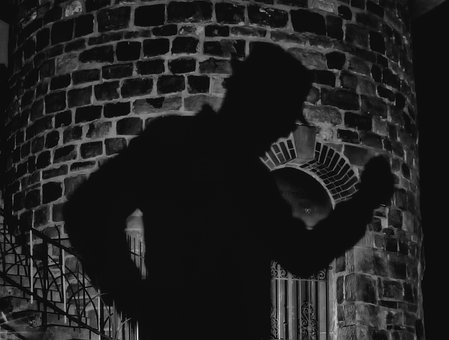 If we talk about the age of 1980 to 2001, then we must say that Michael Jackson was rising like a star. From the best-selling album,”Thriller” to his last hit album,”Invincible”, he made another image that only he was capable to compete with. In his stardom, all that the world could see the person, who was the best entertainer on the planet but nobody could see the person off point. He was fighting the Media-persons and the’Michael Jackson-haters’ alone. But, the most surprising thing is that, after all the false allegations and the litigations, he managed to keep that smile on his face.

Today, the world says that Michael Jackson lived a royal life, had a great quantity of money and was so happy and perfect that he could get whatever he wanted. The world needs to understand that behind this limelight, there was this individual who was completely different from what he was represented by the Media.

“Stranger in Moscow”, the song that was released during the”History” Era, materializes his inner desolation and the sensation of being totally lonely and tricked by his trusted ones.

“Hope is such a beautiful word, but it often seems very fragile. Life is still being hurt and destroyed”, depicts the extent of discouragement he carried with him.

During his interview with the Rabbi Shmuley, who worked with Michael on the”Heal The Kids” charitable initiative, Michael himself said,”Whenever I walk on the street at night, I see folks staring at me and in that time I desperately need to ask them if they want to be my friend”. When Rabbi Shmuley was asked about Michael, he said, “the singer was a tortured soul”.

Certainly, he was very lonely and after being humiliated by the tabloids and the paparazzi for years, desperately looking for the common people to become his friends. Behind that beautiful smile, he always tried to conceal his pain, tears, anguish, tribulation and the anger to the Media.

According to Dick Gregory, a comic and a family friend of Michael,’Michael always trusted the wrong person’. Dick also said he advised Michael to be with his family as being alone could be very risky for him. He told him that all the people he trusted had double-crossed him.

If we talk about Jorden Chandler, the boy who made the allegations of Sexual Molestation against Michael in 1993, then what do we conclude? The conclusion is that Michael trusted the boy and his family and allow them to enter his royal home called”The NeverLand”. The key thing that we will need to know here is that, How can they return the favour? Well, here comes again an example of how his isolation and solitude became his own enemy.

If we speak about his marital life, then in this chapter too, Michael doesn’t seem that much blessed. When he got married to Lisa Marrie Presley, the only daughter of Alvis Presley, he stunned the world and was really happy as can be seen in his videos and the interview with the Primetime in 1995. However, this marriage did not last long and in 1996 they have divorced. Again, the wheel of life came back to where it started revolving from. He was devastated but somehow showed the world his smile, proving just how much more powerful by heart he had been.

“In his final days, Michael Jackson was paranoid, lonely and devastated by the Child Molestation and Sexual Abuse”, mentioned by his private Ex. Body Piercing, Bill Whitfield and Javon Beard in their book,”Remember The Time: Protecting Michael Jackson In His Last Days”.

It would be no surprise to say that Michael Jackson was not killed by the wrong administration of the Drug named Propofol however, it would be justified enough to say that, it was the Media and the Tabloids that defiled his innocent and pure picture, that killed him of course! The ominous Loneliness that was with him from the day he reached the pinnacle of the Success to the day he passed away mysteriously, leaving his fans, all over the world in utter Grief and Wonder.